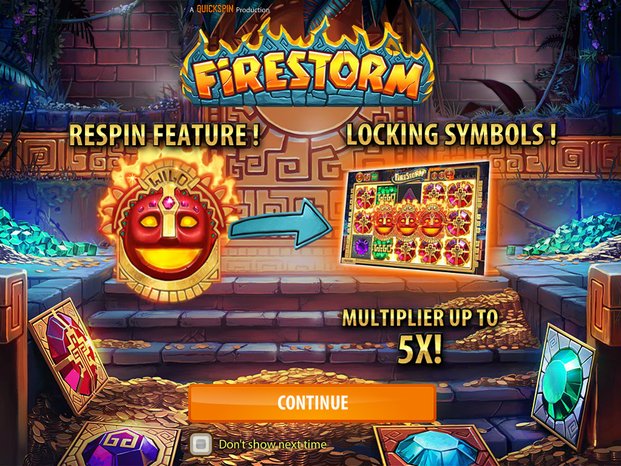 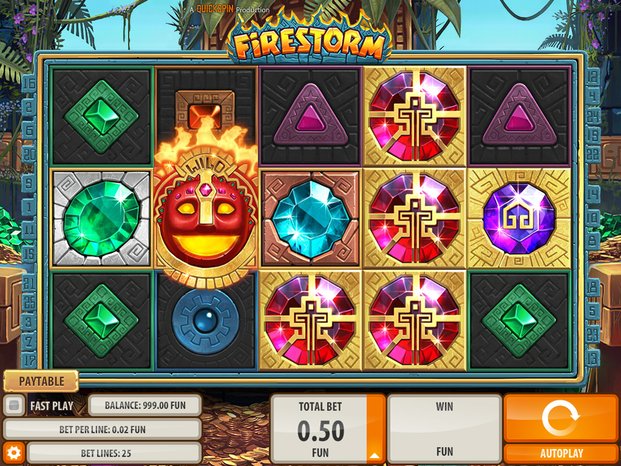 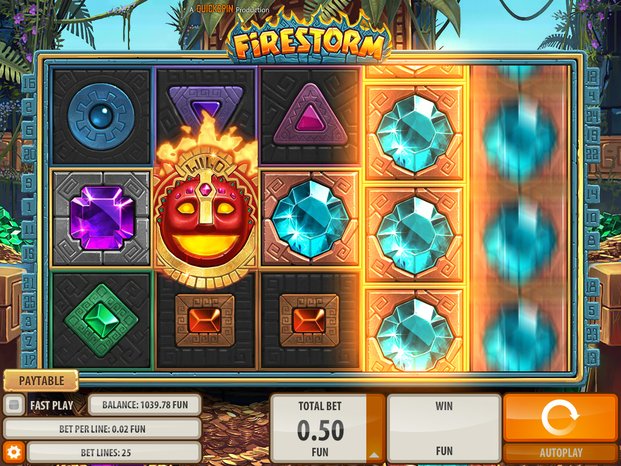 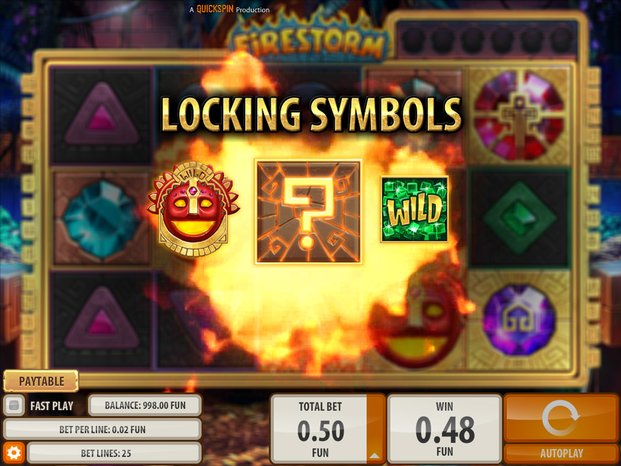 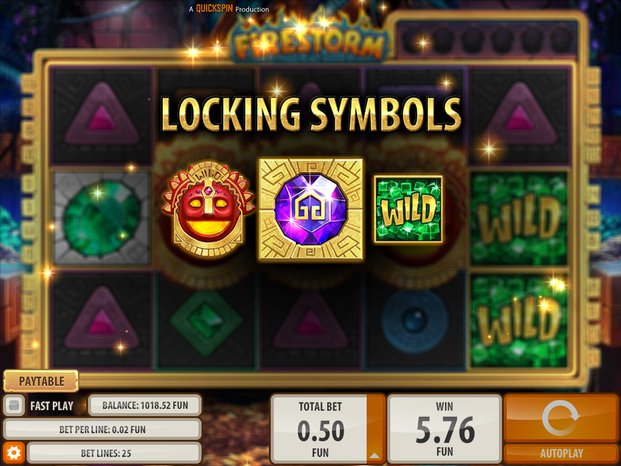 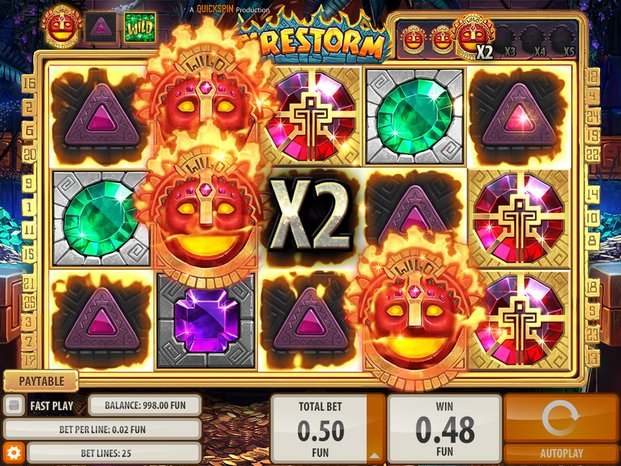 Firestorm is an exciting and mesmerizing game whose graphics and game mechanics are centered around the simplicity of the reels catching on fire.

Although the simplicity and the frequent feedback of the game will appeal to casual players, hardcore players will feel a massive adrenaline rush from the stacked symbols and Respins  feature.

Randomly stacked symbols
On every spin, one or more symbols are randomly stacked. This is to give the game a variety of win combinations and create alternate gameplay for each spin.

Respin feature
Two or more bonus symbols trigger the respins feature, and the game randomly selects a symbol to lock, in addition the wild symbol and bonus trigger wild symbol. The game respins and on each respin, if a new locking symbol appears, another respin is awarded, potentially leading to massive fullscreen payouts. But the real excitement comes from the multiplier: for each new bonus wild symbol that appears after the first two, the respins multiplier is increased, up to 5X.