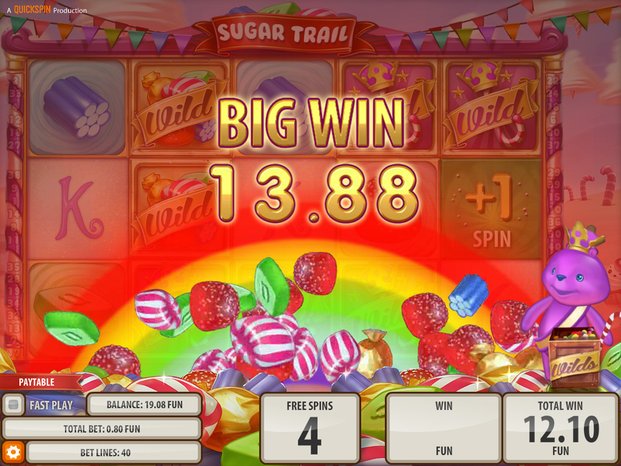 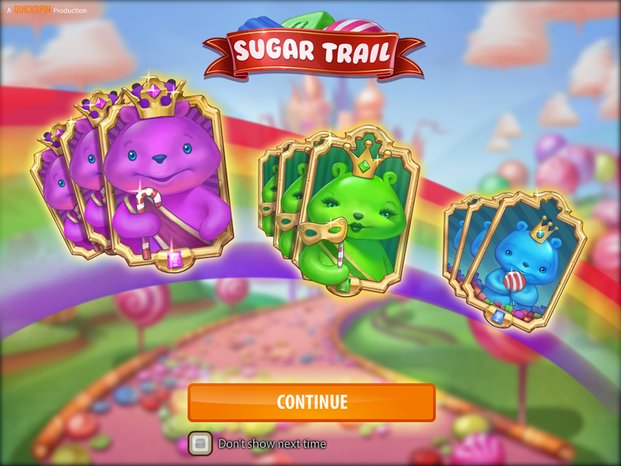 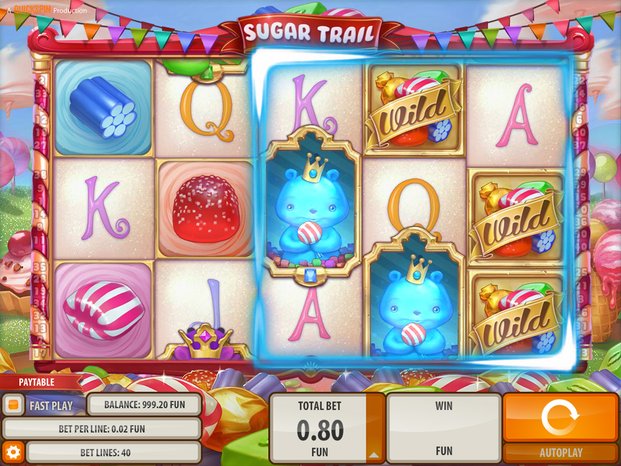 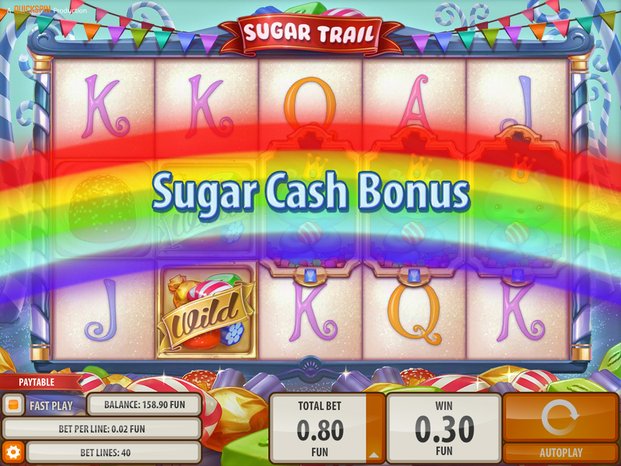 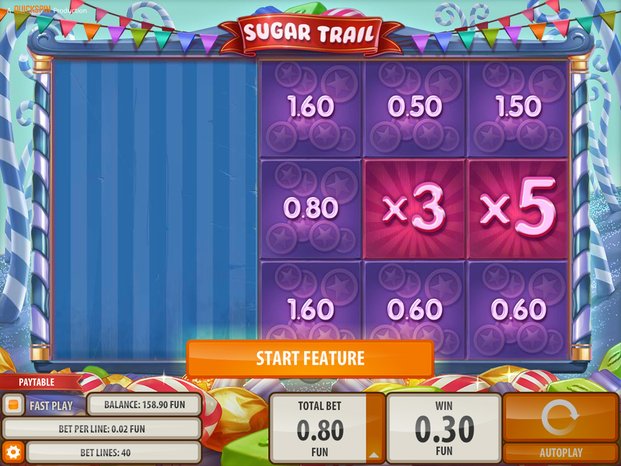 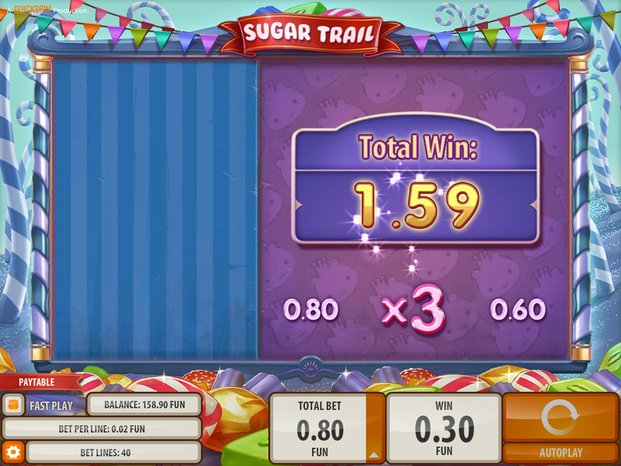 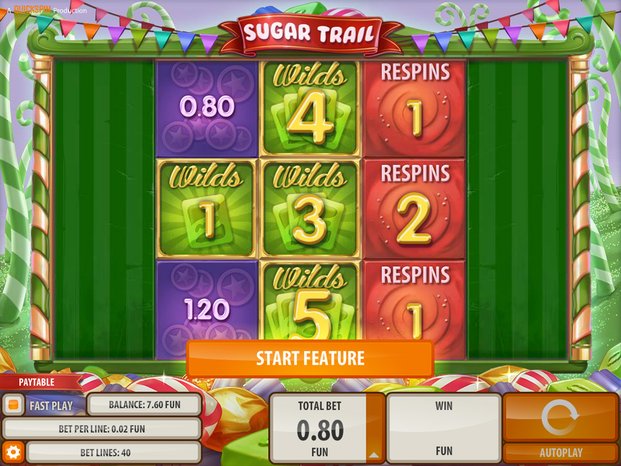 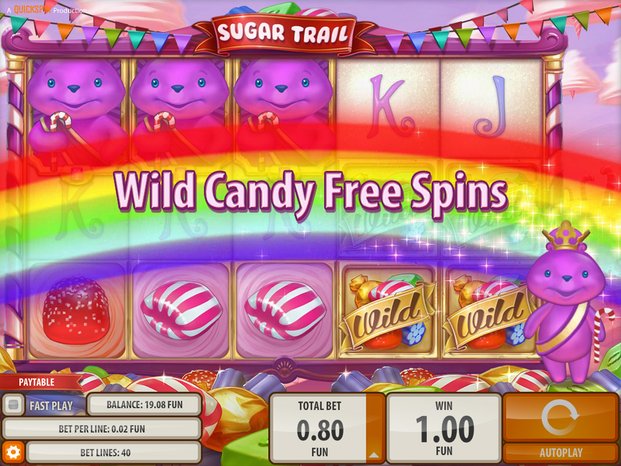 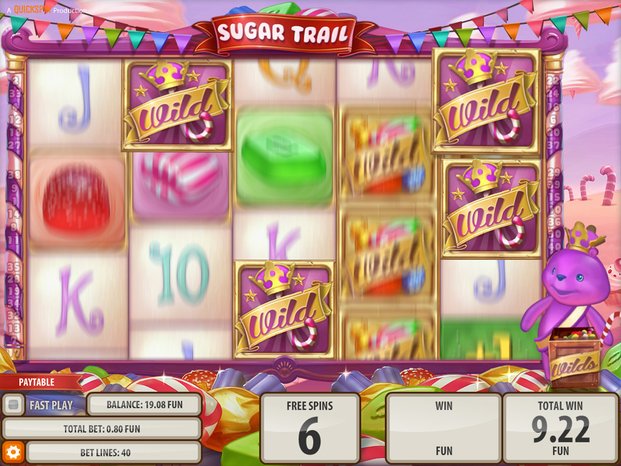 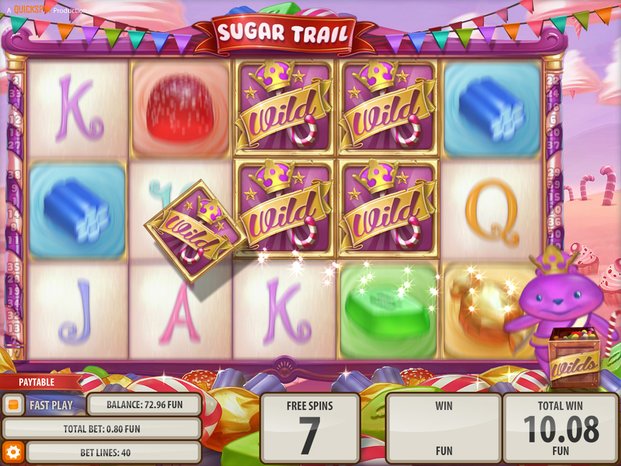 Sugar Trail has a very happy and yummy candy theme.

The graphics, sounds, and effects will give the player a pleasant feeling.

The main goal of the slot all about hitting the bonus symbols. The stacked wilds can produce really good hits but the three different bonuses is where the real entertainment lies.

Wild Candy Free Spins
Three purple gummy bear Scatters lead to the Free Spins bonus. You first enter the Award Reels where the number of free spins, and the initial number of wilds are determined.
The main feature in free spins is that you have a special wilds that follow you throughout the wholebonus. The wilds move around between spins creating new win possibilities every game round.
– Extra wilds can be awarded during the bonus.
– Extra spins can also be awarded in the bonus.

Sugar Cash Bonus
Three blue gummy bear scatters lead to the Cash bonus. The whole bonus is played in the Award reels feature. The player will win cash awards, and if lucky, multipliers on the cash awards.