Sakura Fortune 2 is one of our most highly anticipated games this year, and it’s out in less than 2 weeks. The original Sakura Fortune has been on the market for a long time now and is one of the most popular games out there.

However, player preferences have developed into more volatile games since its release, which this sequel addresses. Geared towards more volatile players, Sakura Fortune 2 is an evolution of the first game, combining proven game mechanics with a modernised math model, higher maximum payout, and more volatile gameplay.

This sequel has been a labour of love for so many people, both on the team and in the rest of the company, as well as involved customers who are looking forward to this game. It’s been a true passion project and we look forward to presenting the iconic battle princess Sakura to a new generation of players.

Sakura Fortune 2 is a 5 reel wide, 3-4-4-4-3 symbols high slot with 576 ways, and the features include Stacked Nudging Wilds, a Free Spins Bonus with Multipliers, and a Buy Feature (pay to get instant entry to the bonus game)!

Bjarne Grönnevik, Producer: “Sakura Fortune 2 is an evolution of the original Sakura Fortune, which still remains one of the most popular games in the marketplace. Being so popular across the board, amongst partners and players as well as within the company, we’ve had a lot of feedback to utilise when making this sequel.

With so many ideas to work with and with a strong desire to create the best game possible, we spent a long time on the process of creating and designing Sakura Fortune 2, a lot longer than we typically would. Many ideas were tested and rejected, and I’m so pleased we kept pushing to make it what it is. We’ve taken the proven game mechanics from the original game and added a modernised math model, higher maximum payout, and more volatile gameplay.

It’s been a true passion project from beginning to end, and I can’t wait to release this game to previous fans as well as a whole new generation of players!” 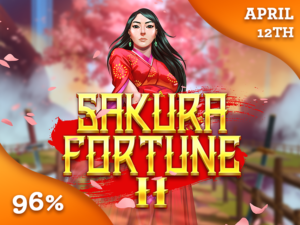 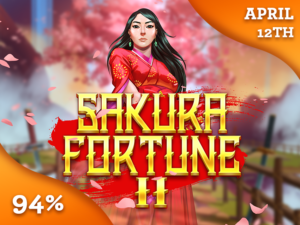 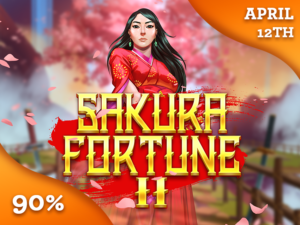