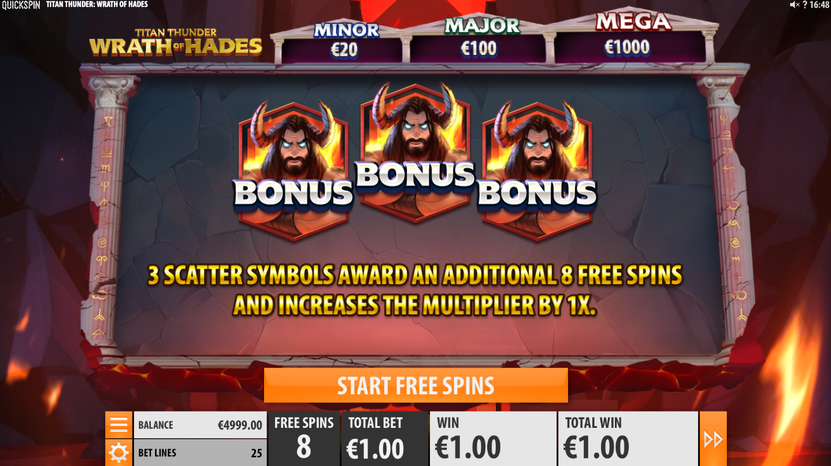 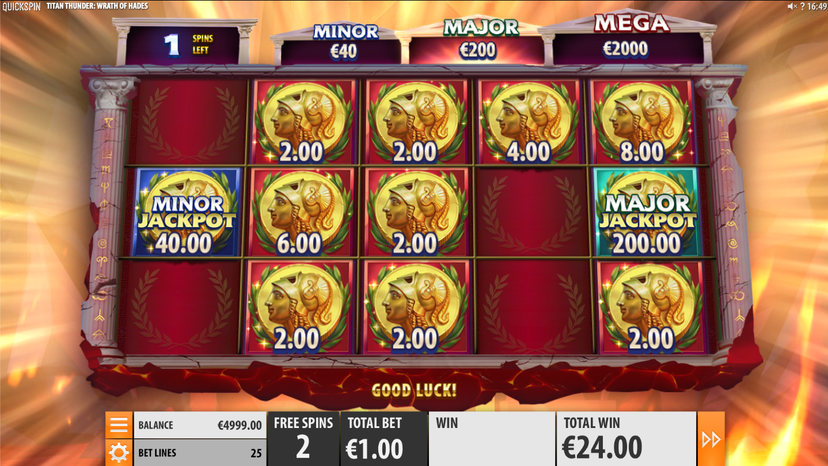 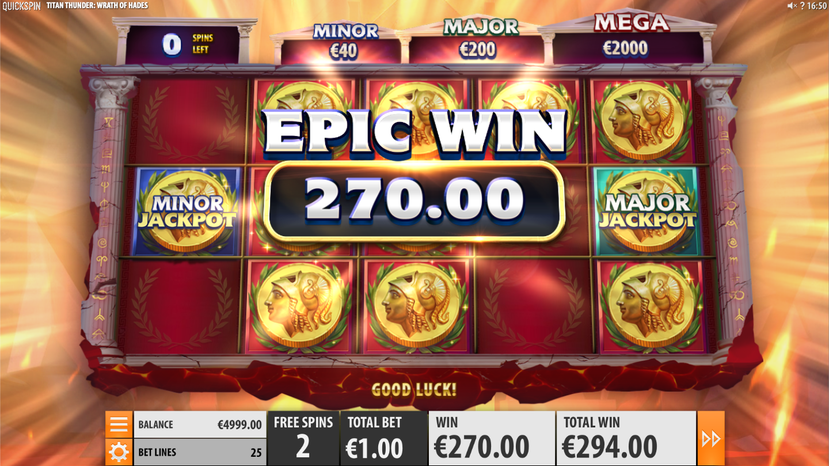 Titan Thunder Wrath of Hades boasts gorgeous graphics and tons of exciting features, including 3 fixed jackpots a Bonus Buy Feature and the chance to win up to 15,000x! And for the first time ever, multiple RTPs will be available!

Travel to ancient Greece and immerse yourself in a high-end drama straight out of Greek mythology with Titan Thunder Wrath of Hades.

If one or more additional Money symbols land on the reels, they’re held in position and the number of remaining respins is reset to 3.

Money symbol awards are paid in addition to any Jackpot won. The currency of the Jackpots corresponds with the currency of the player’s account. The Lightning Jackpots feature is available in both the base game and the Underworld Free Spins bonus.

Retrigger
During Free Spins, 3 Scatter symbols will add 8 additional free spins to the amount of remaining free spins. The current multiplier for all wins increases by 1x

The video below is an interactive trailer, hit play and reward your curiosity!

Back to menu Close