We’ve got some very exciting news to share: Quickspin’s Power Glyph symbol is now a trademarked feature, making it our first ‘branded mechanic’! This new key game mechanic has been used in multiple cluster game titles, including Golden Glyph and Ghost Glyph.

As it’s quickly become one of our most popular features, with extremely positive feedback from players as well as operators, we’ve decided to trademark this unique mechanic and make it exclusive to us.

The next game up to boast the Power Glyph TM feature is Golden Glyph 2, but we’re planning on expanding its usage in upcoming titles, stretching beyond the cluster game genre.

Clint Andersson, Producer, said: “As we’ve been developing our cluster games over the last couple of years, starting with the first Golden Glyph title, the idea to trademark this feature is an idea that’s been growing organically throughout our discussions. I’m super proud of this feature and all the cluster games that make use of it, which I’m lucky to have produced together with my team, and it’s great to see that our players and partners have loved our cluster games as much as we’d hoped for!”

Daniel Lindberg, Quickspin CEO, said: “Branding this game mechanic and having it officially trademarked is a part of our on-going strategy at Quickspin. I’m really proud of Clint’s initiative to take our product to the next level, as the cluster games series and the Power Glyph feature have had a huge positive impact on our development, allowing us to break new ground. Trademarking this awesome game mechanic was a no-brainer.” 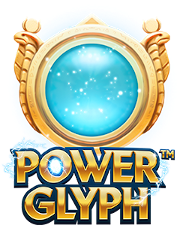 * The Power Glyph key game mechanic is not limited to use in the Power-Up Stack.

Example of a Power-up Stack used in a previous Quickspin game: 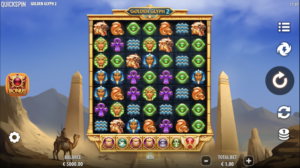 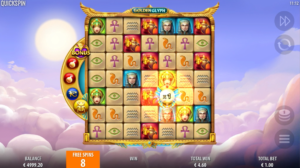 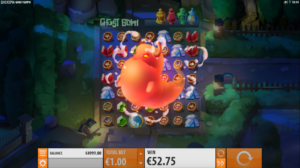