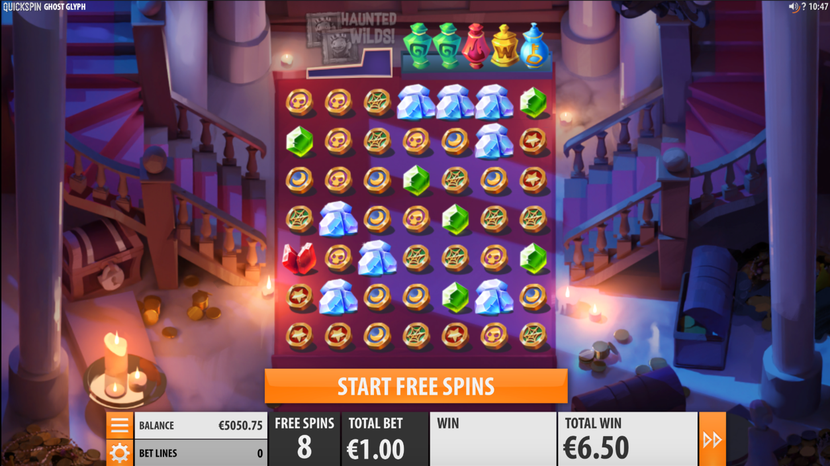 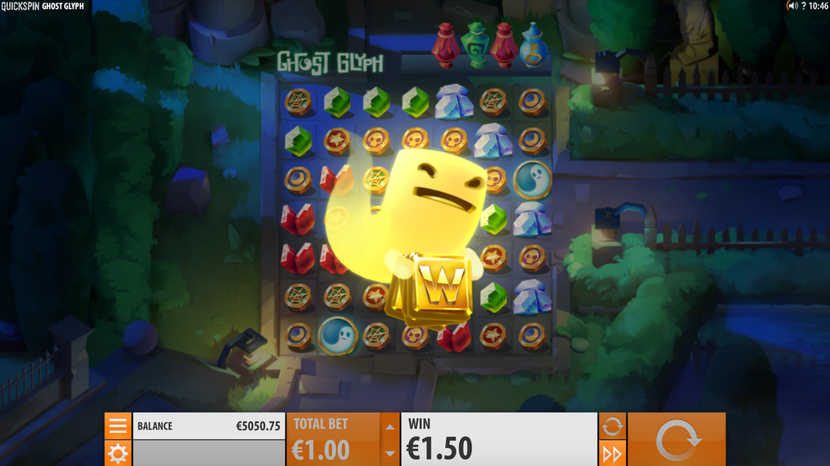 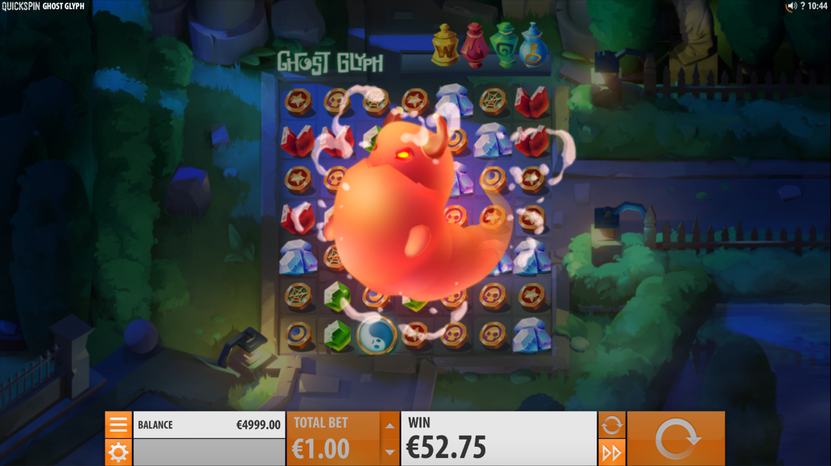 Just in time for Halloween, we welcome you to an old haunted house. Hidden underneath the grounds ghosts have a life of their own, each with its own unique ability, quirkiness and characteristics.

Ghost Glyph is a well-balanced cluster game with medium volatility, a 31% hit rate in the base game and up to 2,200x in exposure. The charming poltergeists are just the cherry on the top! Expect a spooky gaming experience with a splash of colour.

Tumble Mechanics
Tumble Mechanics are available in both the base game and Bonus Game. Any symbols that are part of a winning cluster are removed. The empty positions are filled with symbols falling from above.  Any new wins are added to the existing win. Tumbling ends when there are no new winning clusters. 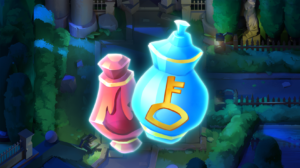 We already had a very feature-rich game in mind for these kinds of characters, we handpicked the ghosts we liked the most from a selection of about 50 concepts. The blue and the green ghosts where 2 instant favourites and helped defining the rest of the game’s setting. We wanted to tell a story with our features and develop a progression for the player to enjoy.