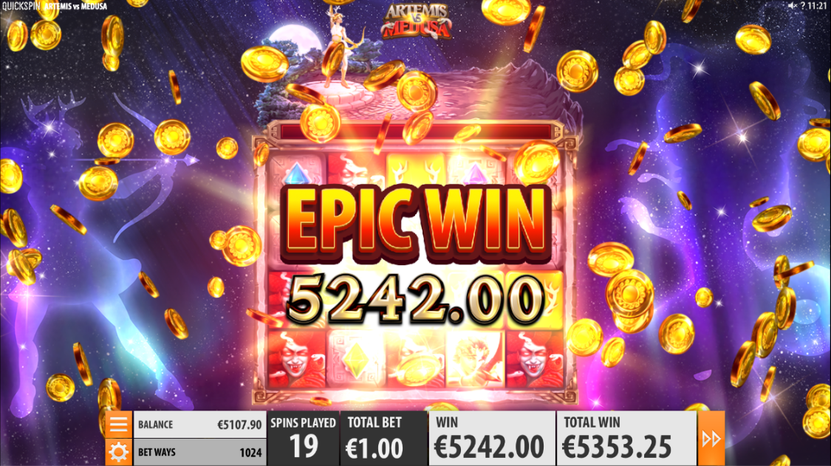 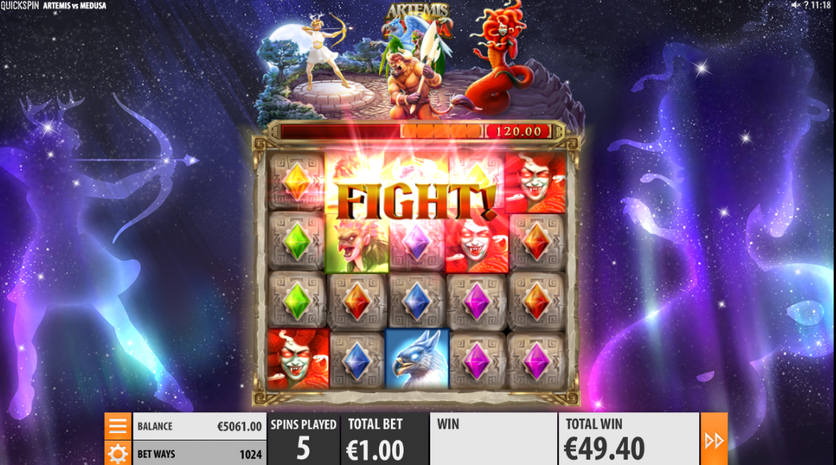 What happens when you pair the Greek goddess Artemis with legendary monsters, the harpy, minotaur’s, and griffons, and will she, in the end, be able to conquer the Gorgon Medusa? The suspense is real.

Will Artemis be able to slay the last monsters or will the monsters overwhelm her. If Medusa is slain a potentially huge win can be won, as every Medusa symbol added to the battlefield increases the “Medusa Bounty”. Artemis vs Medusa is a medium volatile, ways game with a chance to win 5288x and an unlimited amount of battle freespins.

For every Artemis symbol that lands, a Monster type will be removed from the meter from lowest value to highest, and a bounty will be awarded. If at any time the meter exceeds 15, Artemis retreats and freespins end. freespins will also end if Artemis destroys the last monster.

Travis Grabau, Producer: “The heart of the game is the battlefield, we wanted to create a game that was designed to take advantage of the vertical space available in portrait mode. We also thought that it would be fun to have both the protagonist and antagonist be portrayed with a strong female character. It didn’t take us long to settle on Artemis. The goddess of the hunt was just the type of figure we had in mind. Once we had decided on Artemis it made Medusa the gorgon the most obvious choice for her opponent.

We then gave Medusa some minions, the Harpy, Griffon, and Minotaur to square off against the divine arrows of Artemis. We also played around a bit with the location. Mount Olympus is well known as the home of the Greek divinities so we thought it would be kind of fun if the actual battle took place in the inverse of the mountain, during the night when the moon was full. We tried to include a lot of the symbols of Artemis in the production, you will see Arrows, Stag antlers, and the moon which are all associated with Artemis.”