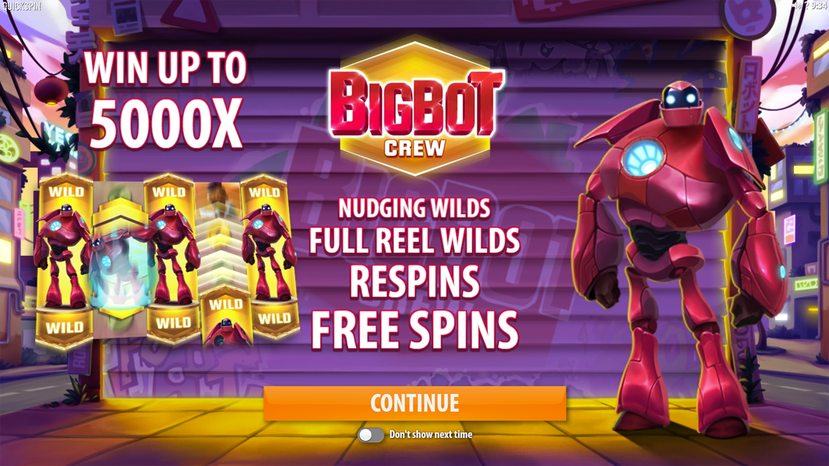 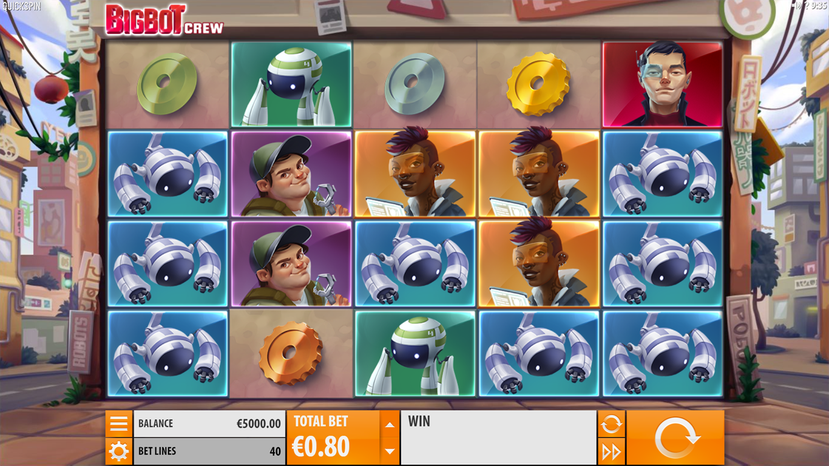 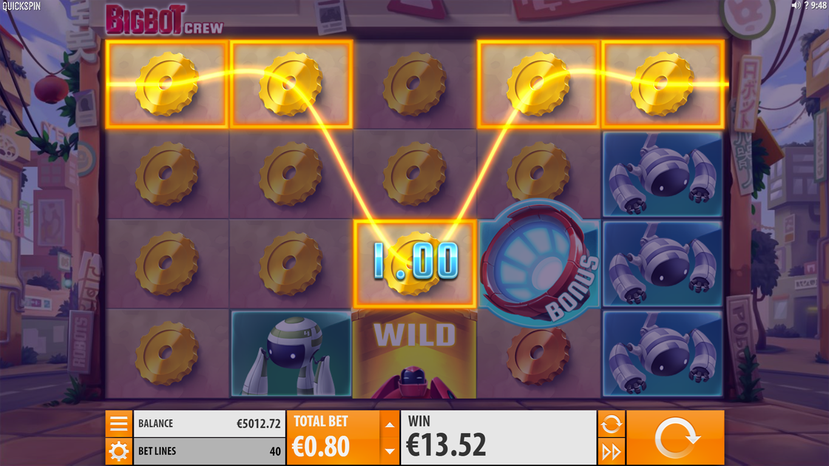 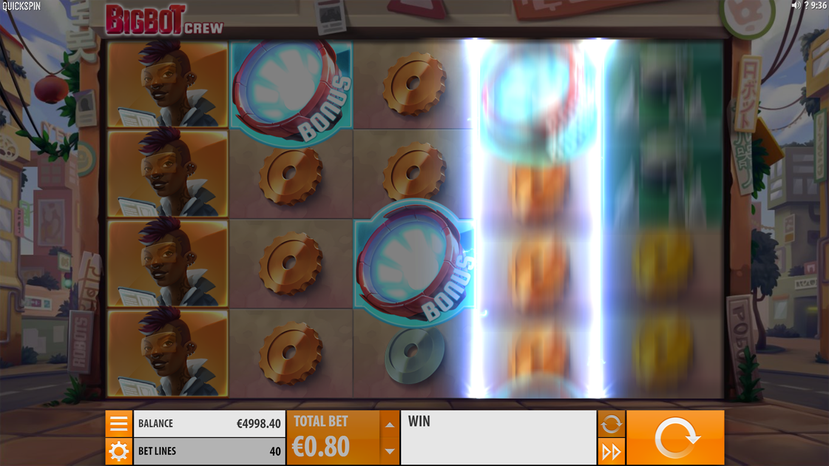 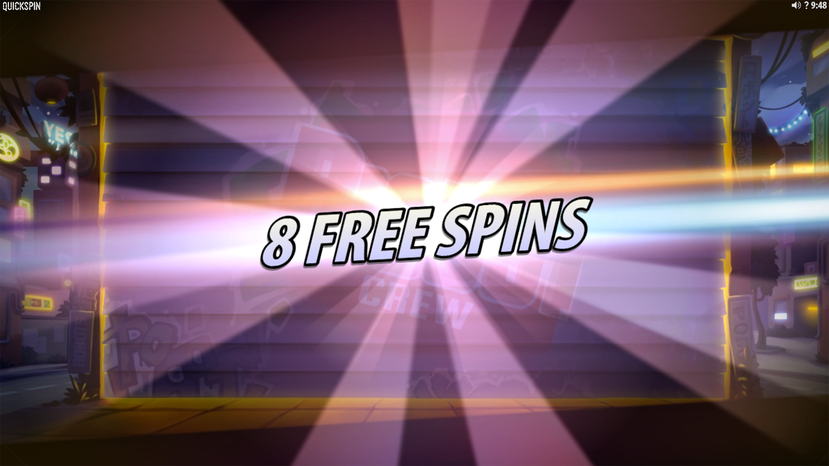 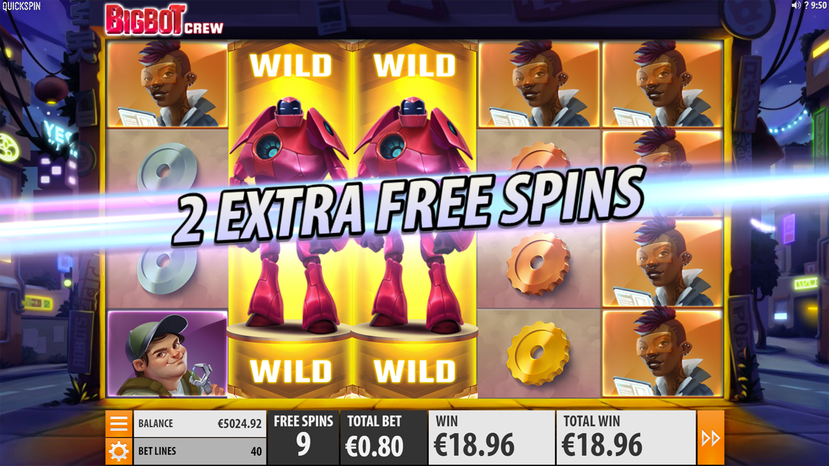 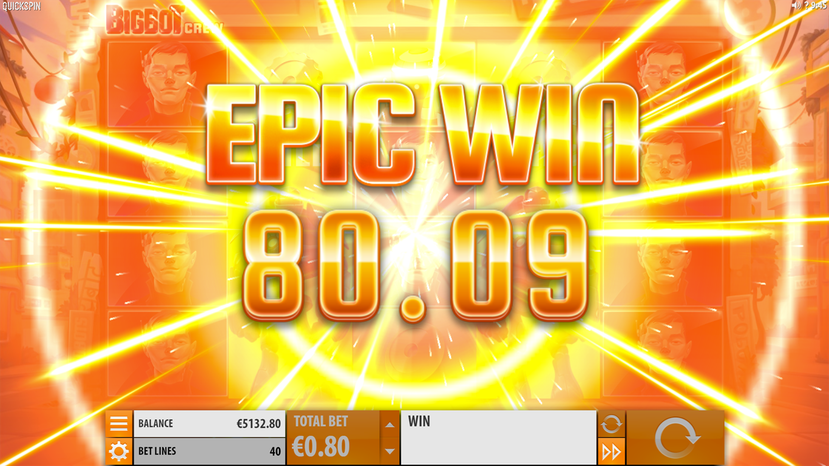 Journey into a parallel universe and join a disparate gang of techy teens as they build tomorrow’s robots on the outskirts of a sprawling exotic metropolis.

A cast of helpful robots guide players through the game, with special symbols that include the Bigbot Wild which triggers respins. The Bonus Scatter is also included, which initiates free spins. When three bonus scatter symbols appear in the same spin, eight free spins are unlocked, while one additional free spin is also awarded for every Bigbot Wild symbol fully landing on the reels.

Free Spins
Three bonus symbols in the same spin initiate eight free spins. One additional free spin is also awarded for every Bigbot Wild symbol fully landing on the reels. Any partial Bigbot Wild symbol landing during Free Spins is guaranteed to nudge to fully cover the reel. The free spins feature will pay until no free spins remain and cannot be triggered.