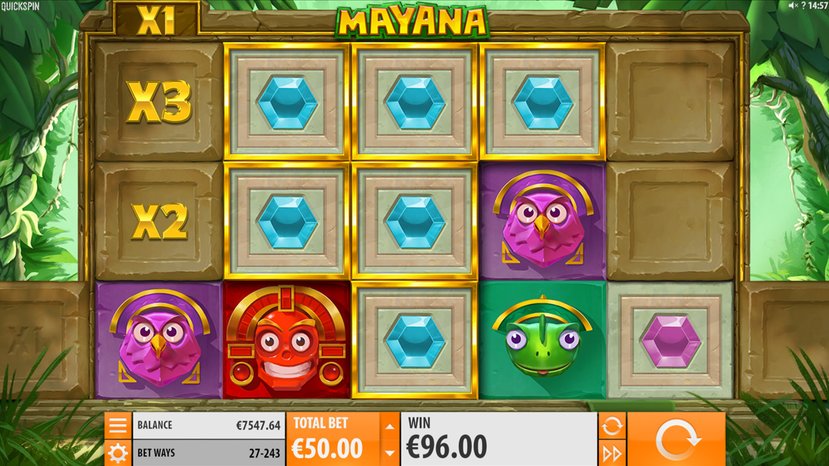 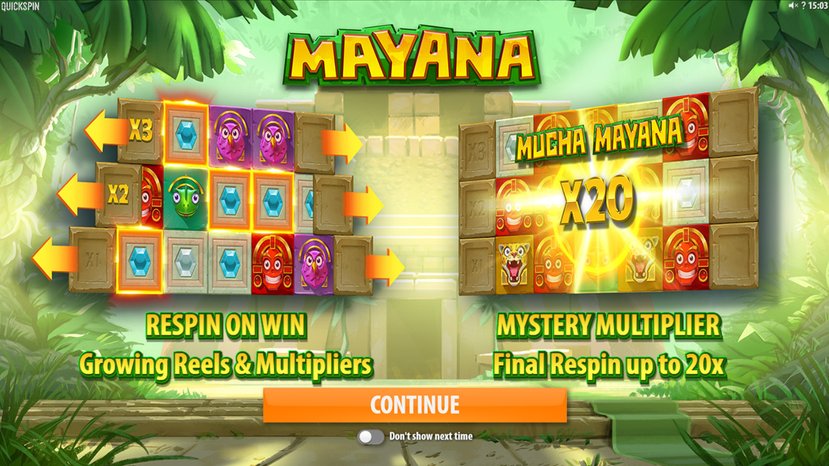 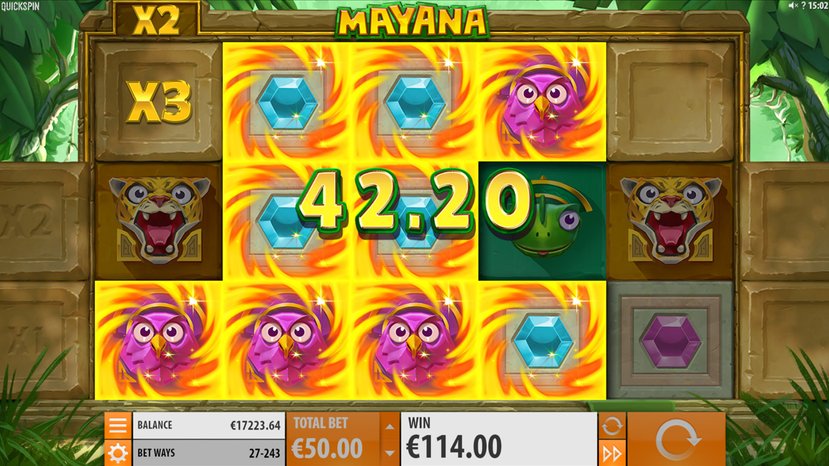 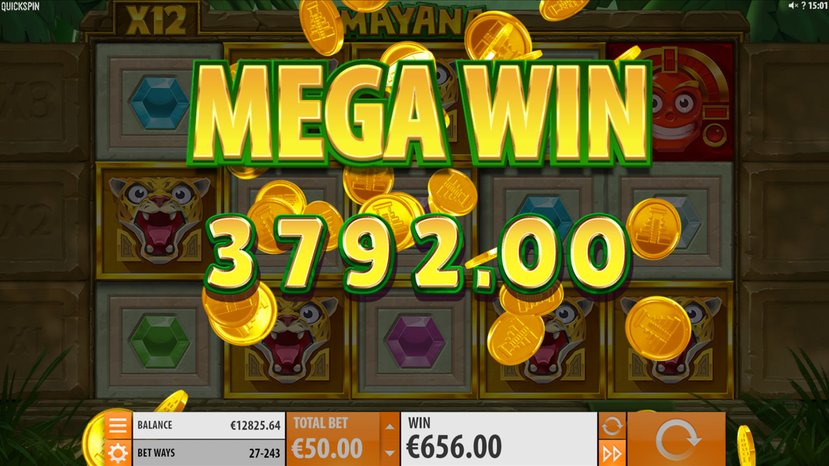 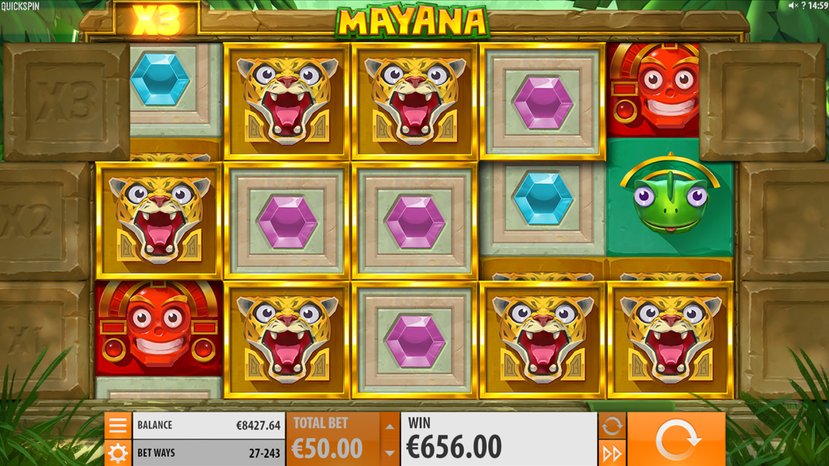 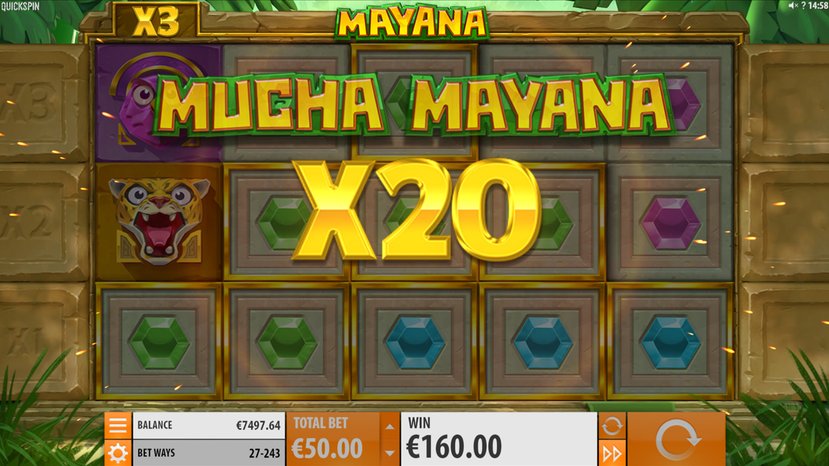 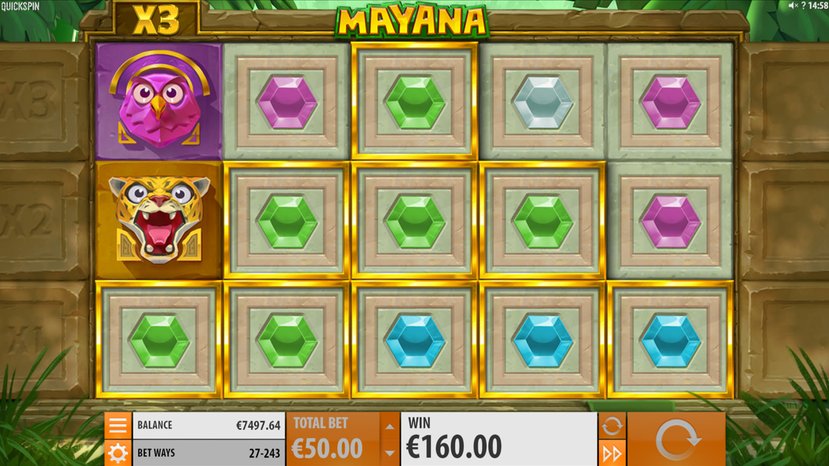 Set against the backdrop of a temple in the deep jungle, this video slot features colourful creatures that roar into life when landed on.

The game expands into a 3×5 slot, as any three or more connecting symbols stick whether in the middle, left or right.

Re-spin
Mayana boasts a fabulous Re-spin Feature which is triggered when a player lands three connecting symbols in a row. Winning symbols lock before additional matching symbols extend your winning ways by 1x, 2x, or 3x, depending on the combination and expansion of the reel grid. But that’s not all, as the Mucha Mayana Multiplier lies in wait on the final spin..