Ready to travel back in time for an epic adventure? Take a trip to ancient Rome with Nero’s Fortune!

Taking place during the great fires of Rome, this game is set against a backdrop of magnificent architecture and a dramatic sky. Making the most out of our new 3D engine, these drool-worthy graphics takes lighting and rendering to a whole new level.

This 5 x 5 slot boasts high volatility, tumble mechanics with cluster wins, accumulating multipliers and a Free Spins bonus – and you can win 8,575 x your bet!

Any symbols that are part of a winning cluster will be removed, and the empty positions will be filled with symbols falling from above. Any new wins will be added to the existing win. The tumbling ends when there are no new winning clusters. 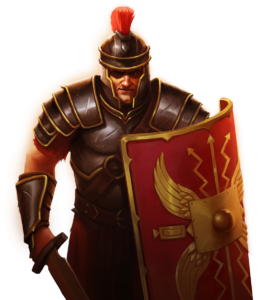 The Burning Arrows feature is available in the base game. Once a winning cluster is removed from the reels, there’s a chance that a multiplier will be created in the empty symbol positions. The multiplier will remain under the symbols until it’s revealed by a win in a later tumble sequence.

If a winning symbol cluster is removed and reveals one or more multipliers from a previous win, the revealed multipliers will be accumulated until the end of the spin.

If you get 3 or more Bonus Scatter symbols in a single spin, it will start the Flames of Nero free spins bonus! 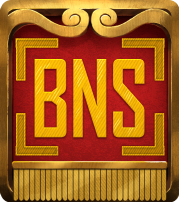 During the Flames of Nero bonus game:

Back to menu Close