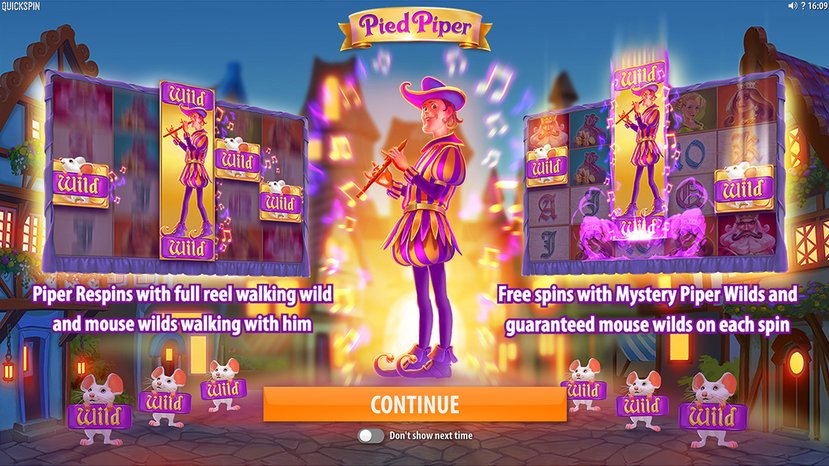 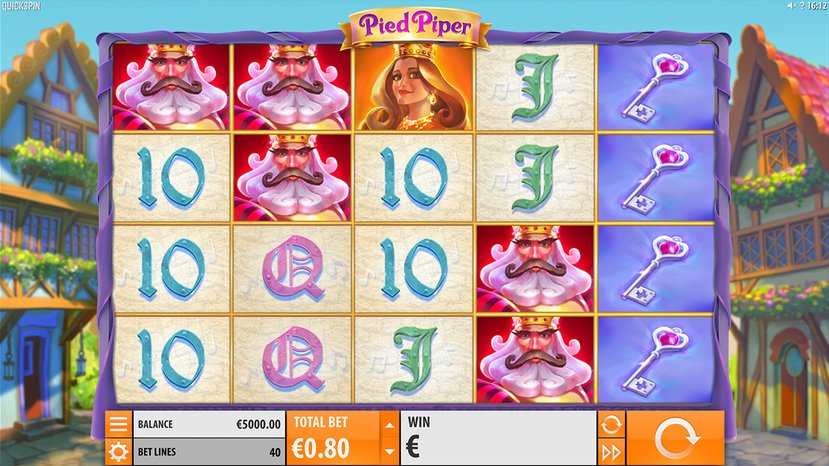 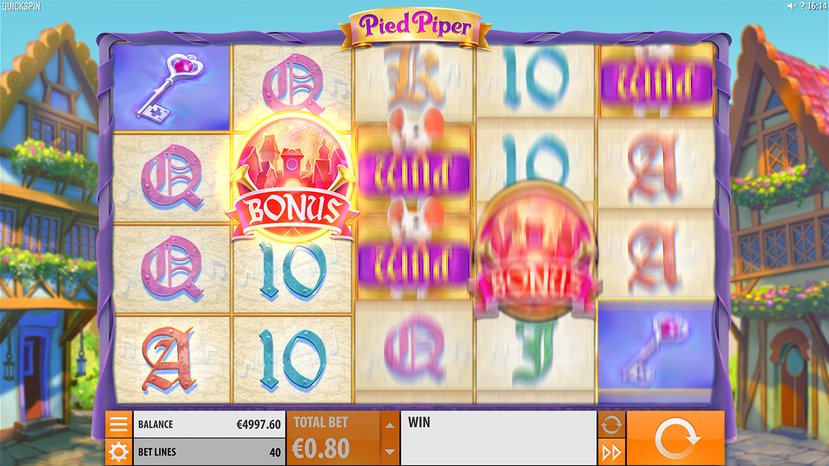 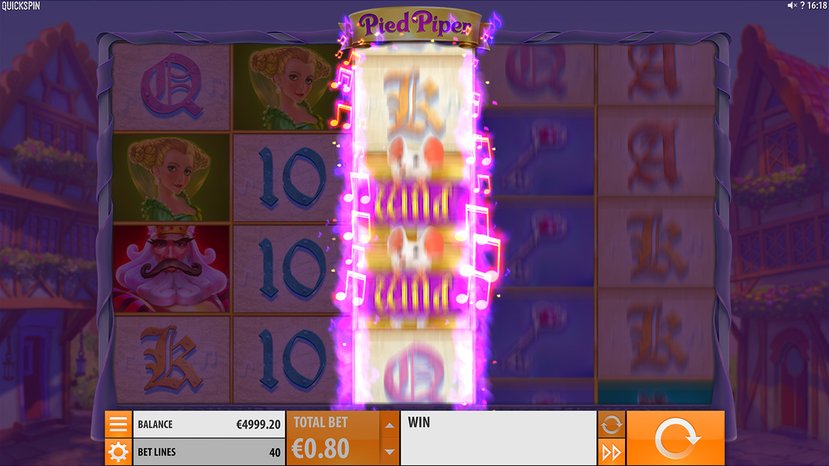 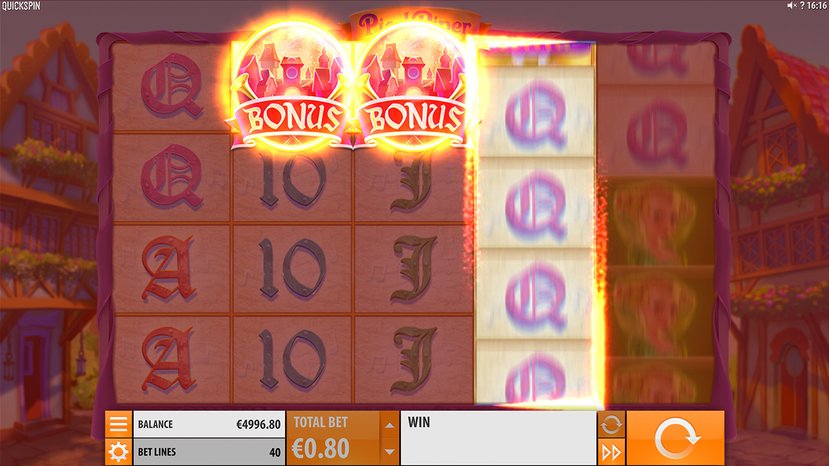 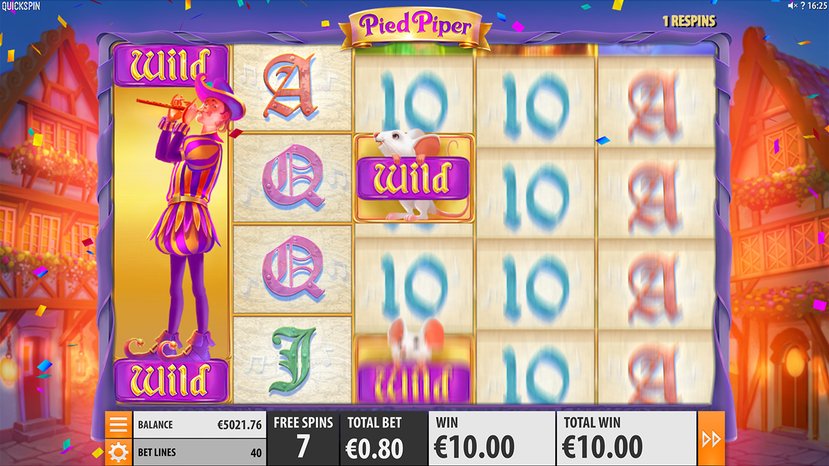 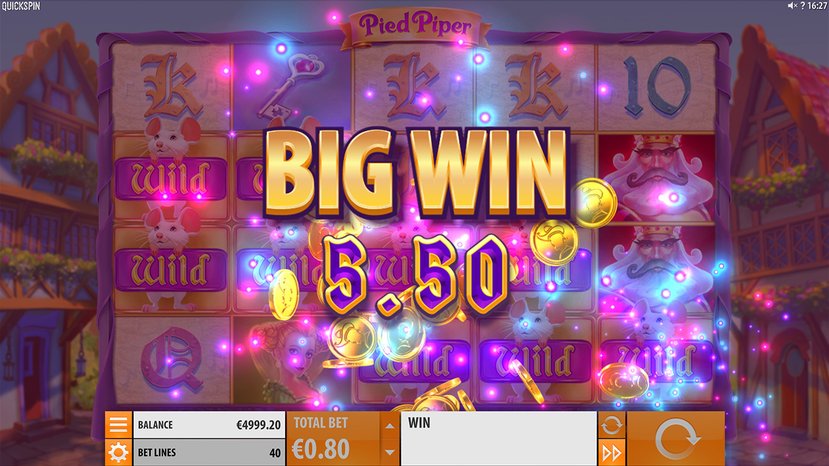 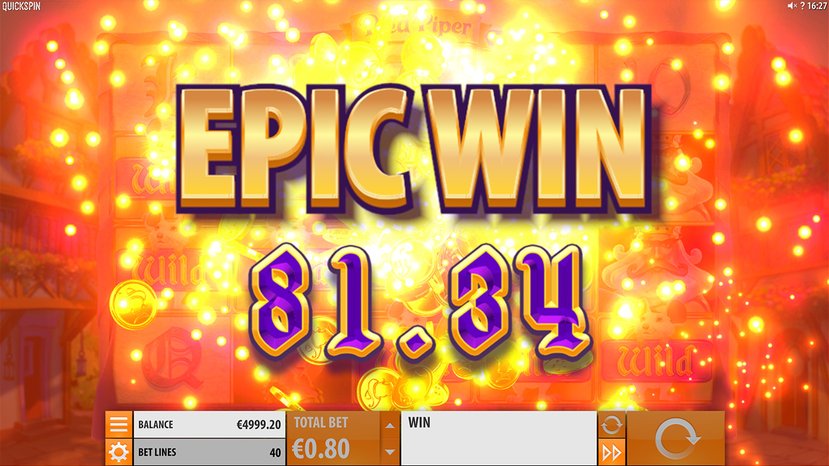 The pipes are calling! The legendary Pied Piper is back, but rather than chase the mice away, everyone’s invited into what is set to be a joyous celebration where players can win big.
Set in the city of Hamlin, the colourfully dressed man has brought his pipe along to create a fun gaming experience for all Quickspin players.

Central this new game is triggering the walking feature, where all the mice follow the Pied Piper whilst the game re-spins.

Mystery Re-trigger
There’s a chance of a Mystery Re-trigger  on the final spin of the Piper Respins  feature.  The Piper will then enter the  game on the rightmost reel to  award 5 new respins.