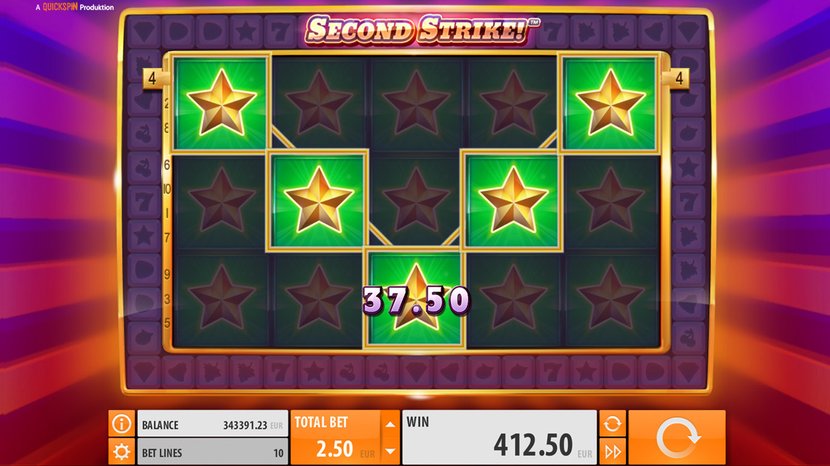 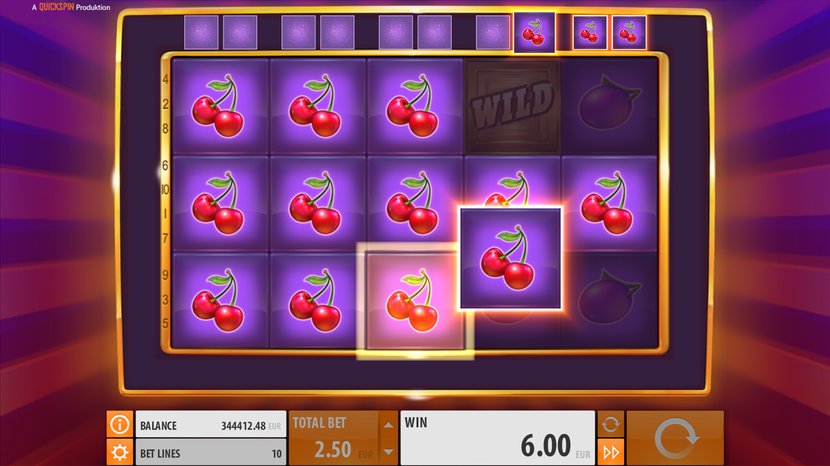 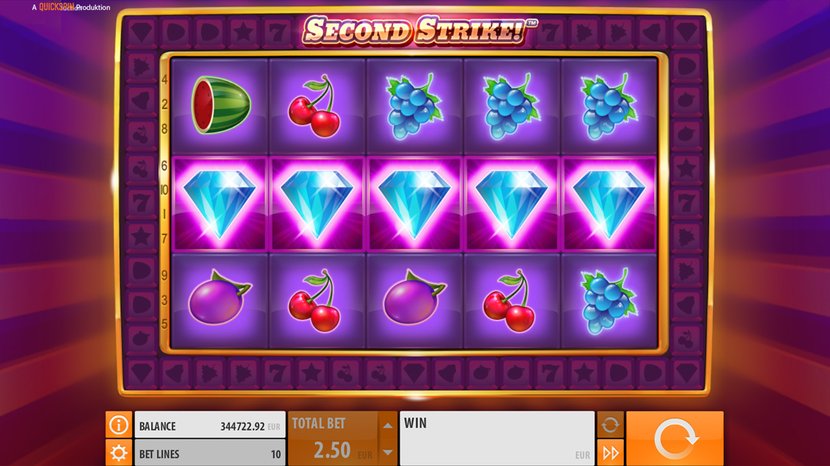 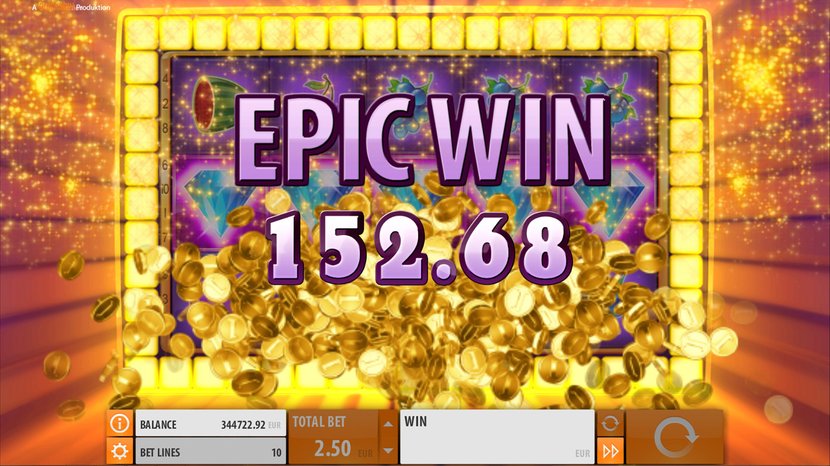 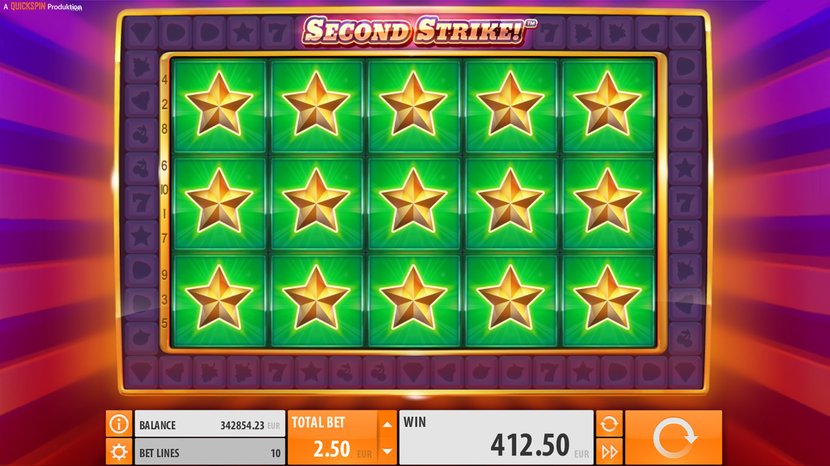 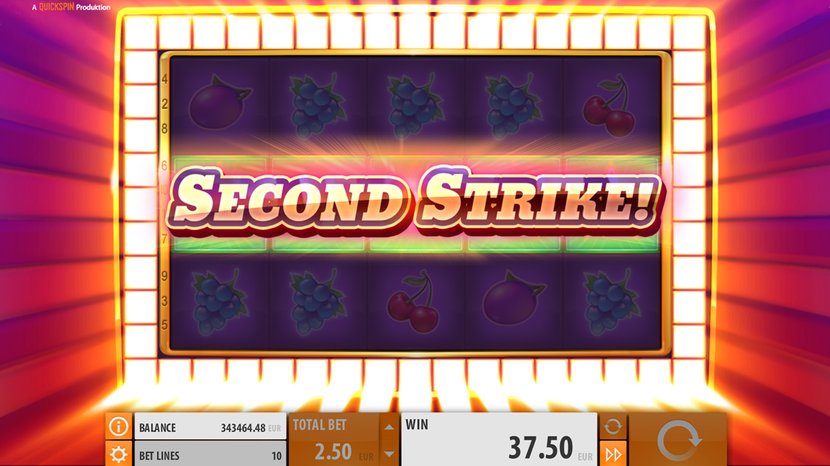 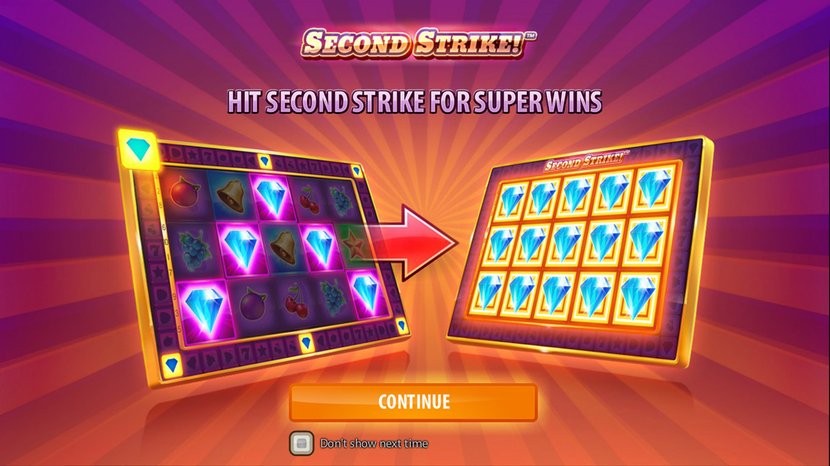 Second Strike is our first volatile 10 line game. Our inspiration has been the classic fruit machines with their simple but elegant game mechanics.

Second Strike is a far cry from the old classic games though, as we have added an exciting twist, the Second Strike feature!