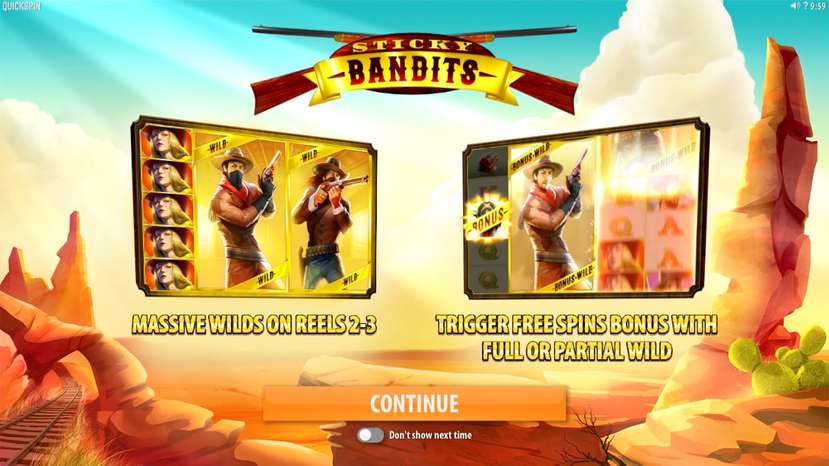 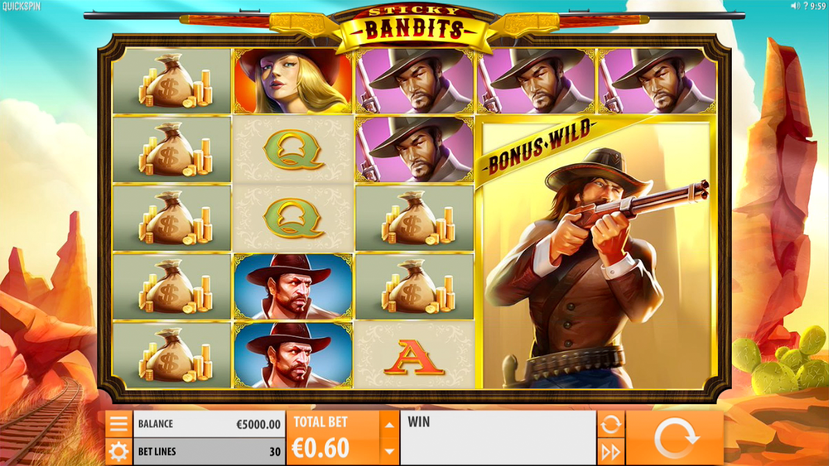 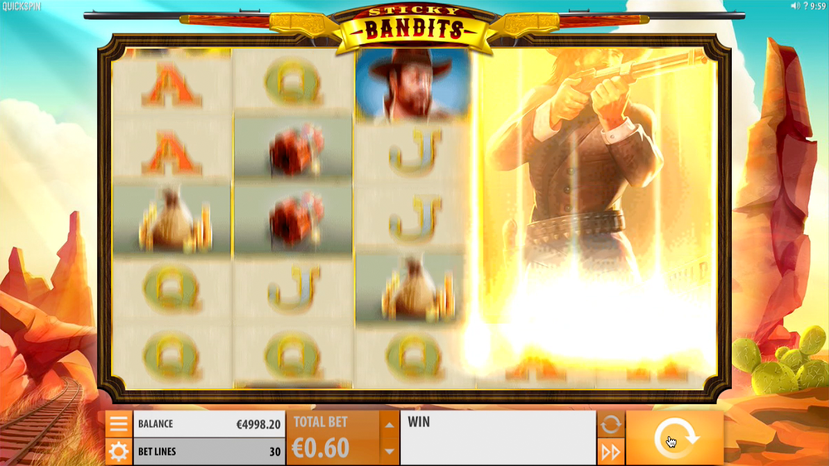 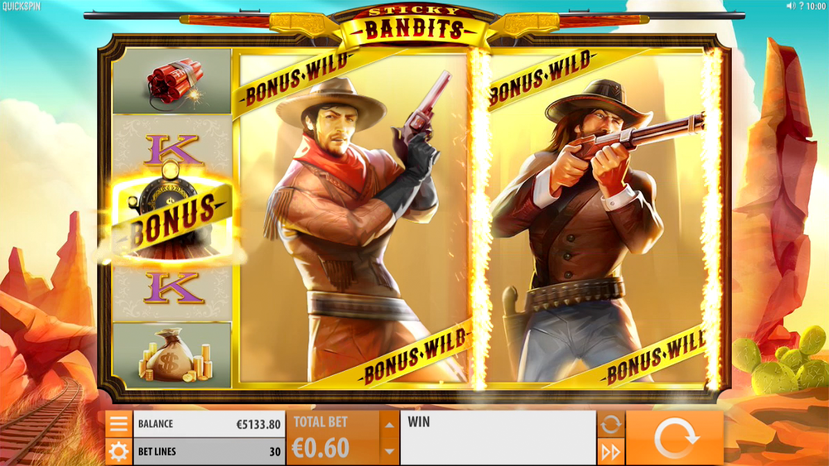 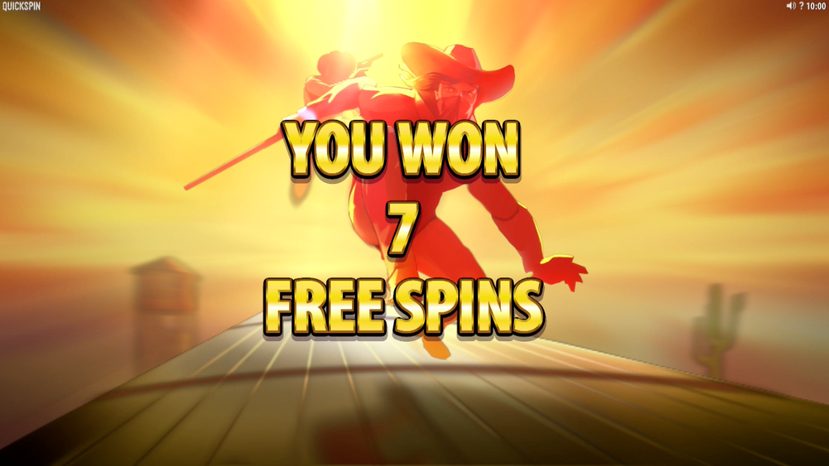 Plunge into the cacti-strewn canyons of the Wild West with the Sticky Bandits, as they attempt to rob the runaway train in our latest release.
It’s a thrill-a-minute rollercoaster of ride featuring dodgy desperadoes, dynamite, and a killer spaghetti western soundtrack for all you cowboys and cowgirls out there.
The 5×5 slot features massive wild symbols of the train heist villains, with the bonus symbol and any wild symbol triggering the free spin bonus.
Sticky Bandits is also the latest title to feature Quickspin’s innovative new Achievements Engine, which generates tasks for players to complete within the game in return for tokens that can be cashed-in to gain access to the game feature.

The Western-themed game features massive wild symbols of the train heist villains, with the bonus symbol and any wild symbol triggers the free spin bonus.

Free Spin Bonus
Seven Free Spins are triggered when a Bonus symbol appears anywhere on reel 1 and a Wild symbol appears on reels 2 or 4. Positions that are wild when the bonus is triggered will remain wild for the duration of the bonus.