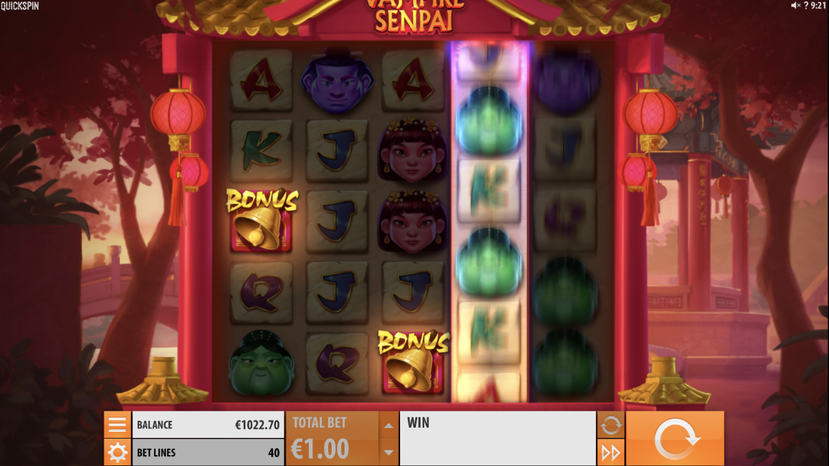 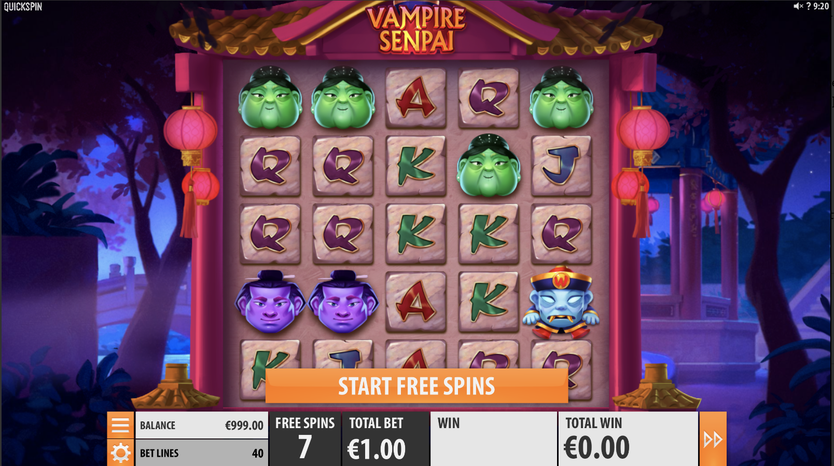 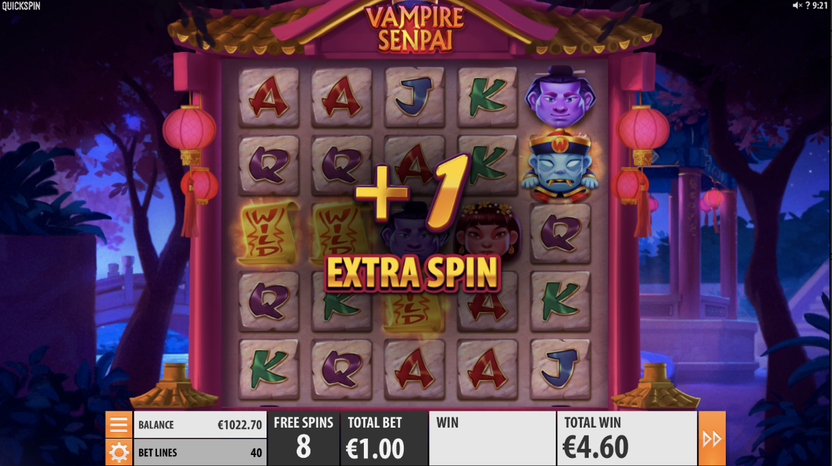 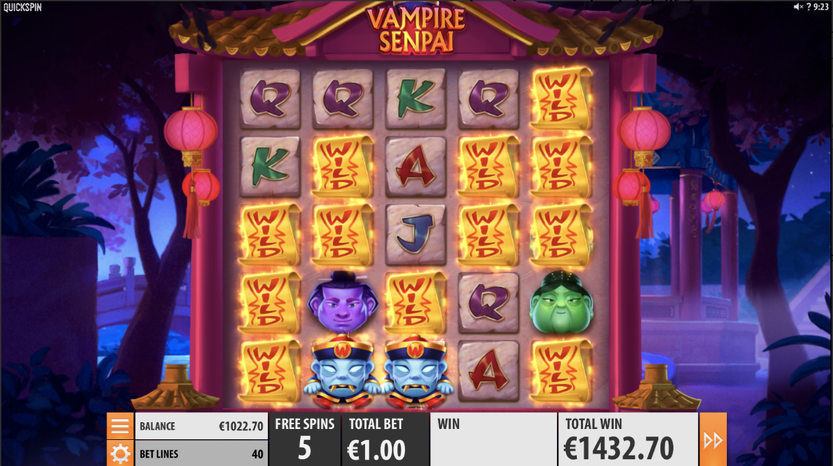 Get whisked away to a colourful and prosperous world filled with hopping vampires. You heard right! Our July release is inspired by Chinese folklore, where undead creatures, known as the “Jiangshi”, appear with outstretched arms and stiff posture, preying on humans to absorb their life force.

We’ve placed a more comedic tone on this traditionally dark theme and packed it with plenty of suspense and anticipation. Included is a base game mystery feature, randomly creating 3-9 additional Talisman Wilds, and it doesn’t stop there. The game gets even darker in Free Spins. After landing one or more Vampire Wilds, the Jiangshi will hop around, sinking their teeth into any Medium human symbol that appears next to them, Creating, you guessed it, more wilds! Appearing on a 5×5 layout, Vampire Sempai boasts invigorating colour combinations, rich graphics, and eye-catching effects that will leave the player thirsty for more!

Talisman Turning Wild
On any spin, there is a chance that 3-9 Talisman Wild symbols appear on reels 1-4. Talisman WIld symbols do not naturally appear on the reels in the base game.

Reanimated Free Spins
3, 4 or 5 Bonus Scatter symbols award 7, 8 or 9 free spins respectively. Any Vampire Wild symbol landing will remain on the reels for the entire free spins and hop to a random reel position at the beginning of each spin.

Mark Smith, the Producer of Vampire Sempai: “The concept for Vampire Sempai came to us from our own game designer Sammy Wong, who told us the Chinese legend of the “Jiangshi”, a zombie-like vampire that is so stiff, it can only move by hopping around with outstretched arms, killing any creature it comes across in order to absorb its qi or life force. Sounds frightening? Don’t worry. Quickspin has adapted this theme in a very lighthearted way, making the game more playful and appealing to everyone. Although aimed mainly at the Asia market, Vampire Sempai is an attractive and entertaining game that will appeal to an even broader audience.

In the base game, it is cosy and nice and the Jiangshi still comes by every now and then to turn medium symbols that are human into Wild vampires. We also included a mystery wilds feature that creates 3-9 wilds in random positions. The Free Spins the game gets a lot darker, and if you land one or more Vampire Wild symbols, they will jump around for the duration of the bonus.”